A couple of years ago I took a class on Rhino3D that included one print on a MakerBot. In the class I built an enclosure for a Cobra Sumo chassis (fingertechrobotics) and calculated the cost to build more parts at that maker house. The cost to print was so prohibitive that I never made another print there.

I have been watching prices and reviews of 3d printers, waiting for the price and quality to converge with my budget (both time and money). I recently bought a MakerGear M2 (makergear, amazon) 3d printer. Following the excellent instructions my third print attempt was successful. Since then I have printed a few ‘things’ that I downloaded.

One of my goals for the printer was to build more parts for the cobra chassis. I have some SeeedStudio Grove modules (SeeedStudio) that I want to attach, so my first design was a simple mount (thingiverse), with some depth, that can be glued to a surface and will hold a Grove module. 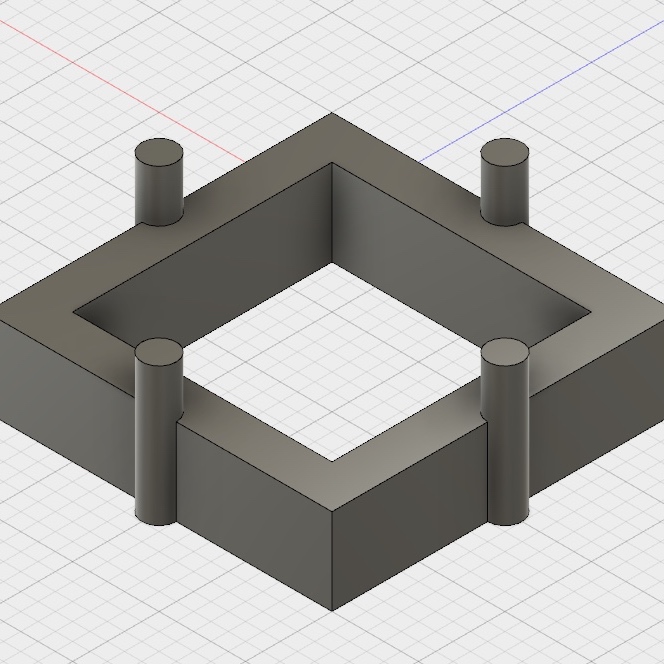 I tried to use Rhino3D for this, but I was still not comfortable with the UI, for me as a hobbiest I want somthing simpler with more guidance and tutorial. I saw some references to Fusion360 (trial) in my twitter feed. I downloaded the trial and used that to build the mount. I do not expect to be able to use Fusion360 after the trial since the price is large and worse, is a yearly subscription. I will be happy to find something that is as easy to use, with tutorials as great as Fusion360, but with a better pricing model (preferably free for making open-source models).

I did the first Lamp tutorial in Fusion360 and was quite impressed with the ui and the usability. I started my mount and was able to get a perfect fit after 3 prints. The worst issue was that I did not know how to modify the aspects of the part I made, so each attempt I rebuilt the part from scratch. Thankfully, this was a simple part. Specifically, the radius of the posts and the thickness of the walls needed to be changed after all had been joined into one body. This also convinced me that I need to buy some calipers so that I can measure before printing.